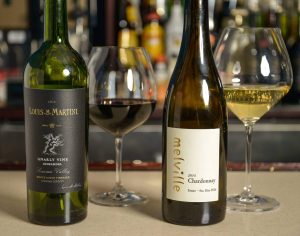 The Sacramento Bailliage is dedicated to bringing together enthusiasts of  fine dining, excellent wine pairings, and displays of culinary arts while showcasing the great chefs and winemakers who are part of California’s “Farm to Fork” Capitol.

About the Bailliage de Sacramento 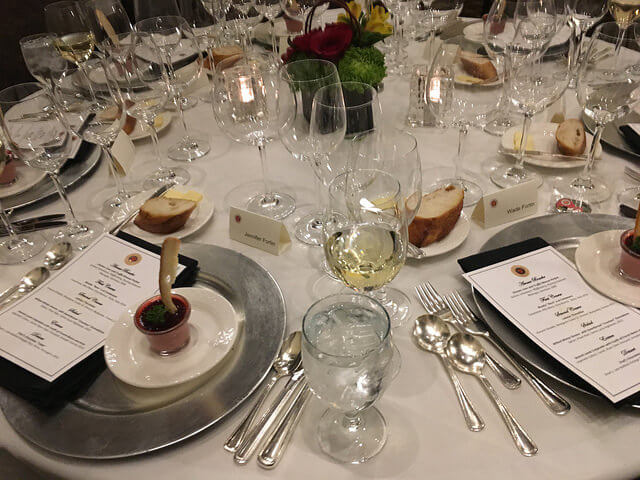 The Sacramento Bailliage was initially formed in the late 1980s but lapsed into dormancy in 2012. A small group of food and wine lovers met together in April of 2015 for the purpose of breathing life back into the Bailliage. That group formed the nucleus of what has become the revitalized Bailliage de Sacramento.

The initial event was a kick-off dinner held in the penthouse dining room of the Hyatt Regency in Sacramento in mid-October of 2015. The first two annual black-tie induction dinners were held at the Sutter Club; the third was held at the new Sawyer Hotel and the 2019 event was held at Del Paso Country Club in Sacramento. The more casual events have included indoor/outdoor festivities at local wineries (“Lobster in the Vineyards” at a foothills winery; a “Croquet and Cabernet” afternoon gathering at another winery; and a catered dinner event in the barrel room of a third winery). During each year we have also included dinner events at smaller restaurants allowing the chef to prepare a very special Chaine menu.

One can view photographs taken at those events by visiting https://sacramento.chaineus.org and clicking “gallery”.

Sacramento Bailliage members only attend events that they choose to attend—we have no minimum attendance requirements.

We hold four or five events each year at a variety of venues. Attire is black-tie at induction events; jeans at the events in the vineyards; and casual clothing for most other events. The only real constants are fine food; excellent wine; and the camaraderie of the table.

History of the Chaîne des Rôtisseurs

It was in the year 1248, under Saint Louis, King of France, that the Guild of Rôtisseurs was formed. Originally limited to roasters of geese (“Ayeurs”), the Guild expanded in scope and in numbers, and in 1610 it received the present coat of arms by royal warrant. (Note the crossed broches, or turning spits, on this seal. A symbolic broche is used during the Chaîne’s induction ceremony for new members and elevation in rank of deserving members). One of the most prosperous of the Guilds, La Chaîne comprised many members who were attached to the noblest of families of France. This proved less advantageous during the French Revolution, for along with most other Guilds, La Chaîne suffered significant loss of membership and was dissolved. Gastronomically speaking, 160 uneventful years passed until the revival of La Chaîne in 1950. Following recovery from World War II, three gastronomes and two professionals joined in Paris with a common goal – to restore the pride in culinary excellence which had been lost during a period of wartime shortages. In that year La Confrèrie de la Chaîne des Rôtisseurs was officially incorporated, and the seal and coat of arms of the predecessor Guild were restored by Act of the French Government.

Today La Chaîne des Rôtisseurs is the oldest and largest gastronomic organization in the world. Tens of Thousands of people have participated in Chaine events annually in its activities throughout the world with 6,000 members in the USA alone. Bailliages (Chapters) in more than 80 countries coordinate their programs through La Chaîne’s international headquarters in Paris. In the United States, La Chaîne has approximately 130 local chapters. The National office is located in Madison, New Jersey on the Farleigh Dickinson University Campus. Underlying La Chaîne’s growth is the organization’s sense of purpose. A key criterion which distinguishes La Chaîne from other organizations involved in wine or food is the interrelation between amateur and professional. In La Chaîne we strive for balanced membership representing professionals involved in food preparation, service in hotels, private clubs and restaurants; wine, food and equipment suppliers and world- renowned lecturers, writers and critics, as well as knowledgeable laymen who, due to their interest in learning and/or well-traveled backgrounds, are in a position to enjoy the pleasures engendered by good cuisine, good wine and good company.

Visit our national website for competitions or more general information.